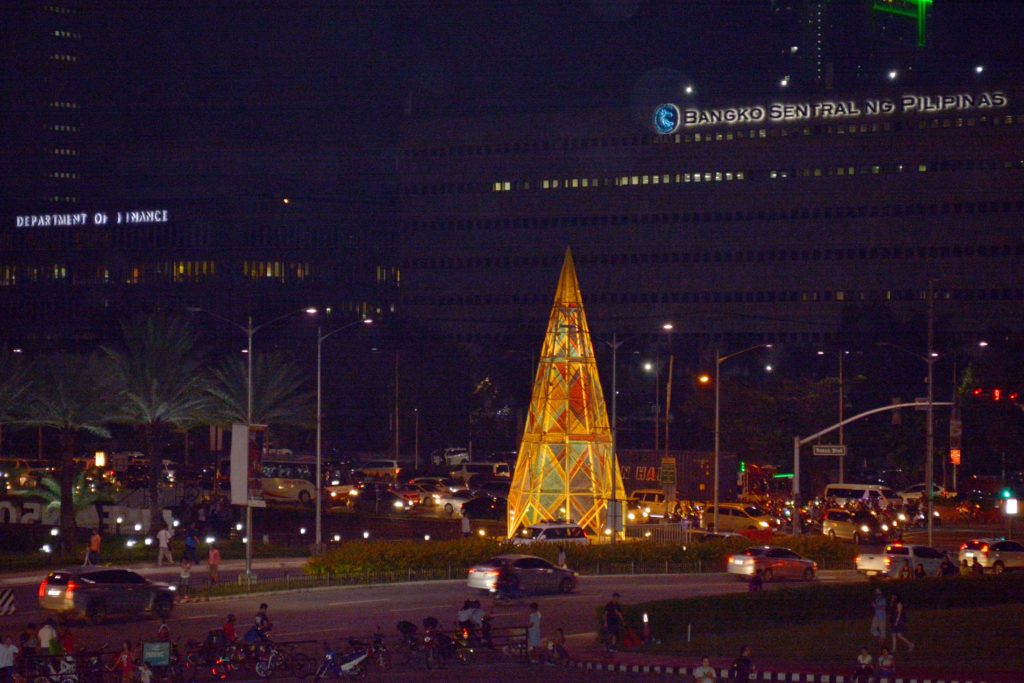 The Cultural Center of the Philippines (CCP)-OMNI Holiday Light Installation Competition has once again given the public a creative lighting solution that captures the heart and soul of Paskong Pinoy.

Last Friday, November 3rd, we finally switched on the LED flood lights and lit up the “Habi ng Pagkakaisa” – a CCP-OMI Holiday Light Installation that now stands brilliantly at the CP Liwasang ASEAN Park. Ms. Emily Abrera, Chairperson of the Cultural Center of the Philippines (CCP) Board of Trustees, Yatai International Corporation (YIC) Founder and CEO Mr. Yang Hua Hong, YIC COO Ms. Lulu Chua, OMNI Electrical and Lighting Operations Manager Mr. Henry Yang, and Mr. William Ti, Jr. of WTA Architecture and Design Studio along with staff and friends of the company and other visitors, gathered together at the CCP Main Theater Ramp to witness the official unveiling of the giant Christmas tree. 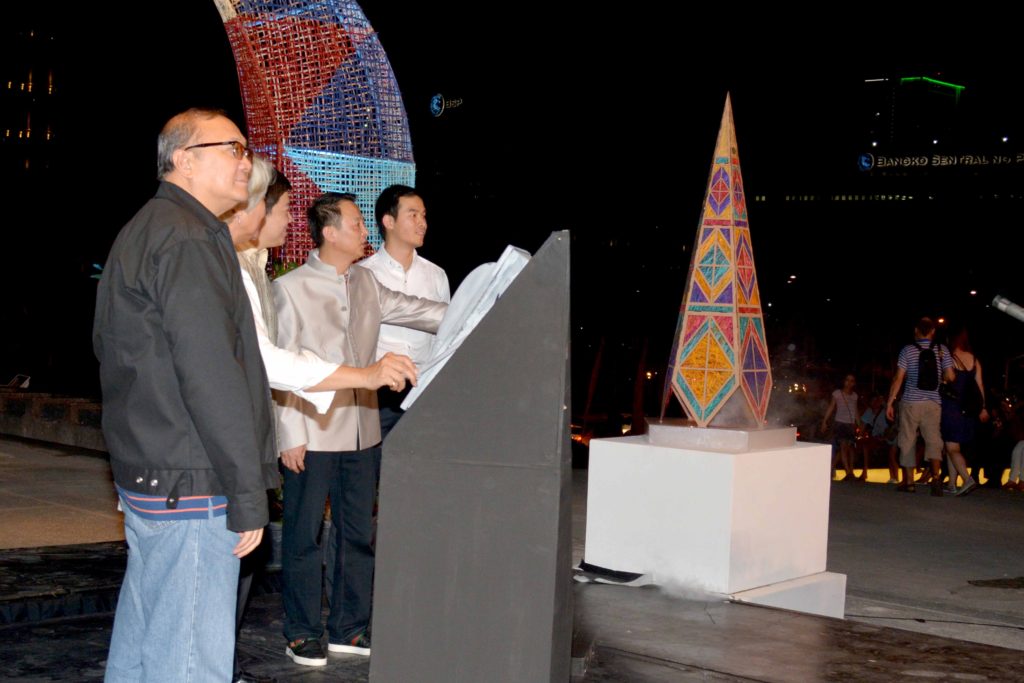 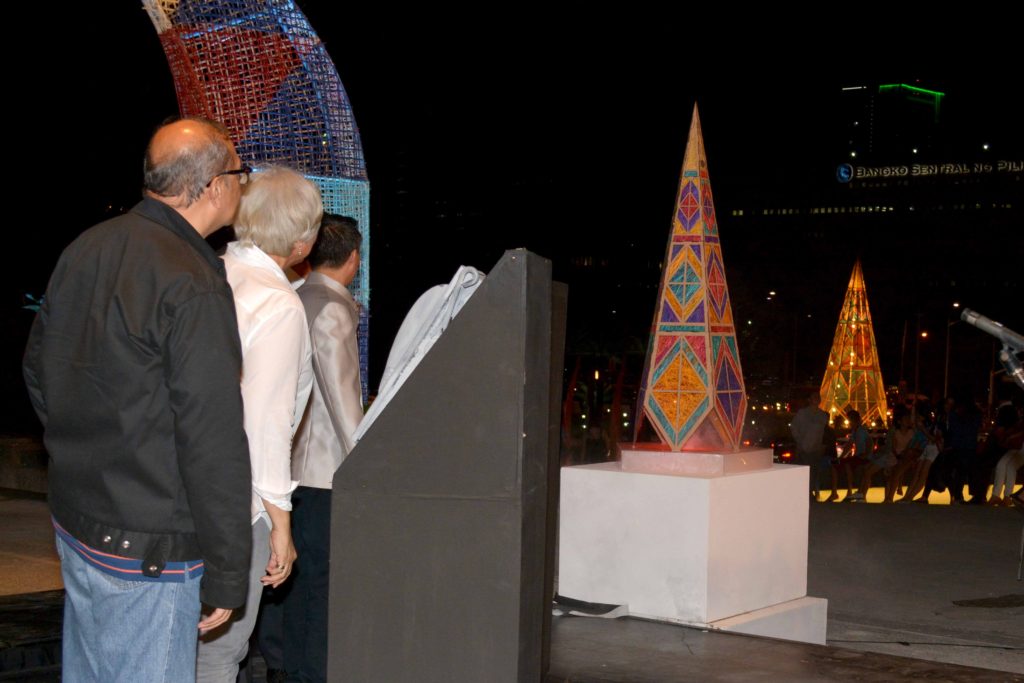 Standing at 50 feet tall, “Habi ng Pagkakaisa” is based on the different traditional weaving patterns in the country, inspiring hope and unity in a diverse and multi-cultural society such as ours. It is also inspired by the Parol, one of the most common ornaments found in many Filipino households and establishments come Christmas time – ornaments that signal the start of the holiday season and symbolize the hope and goodwill that Filipinos share during this time.

According to the young duo architects Rochell Ong and Louie Suico who designed the tree, their intention was to make the installation interactive by allowing people to walk inside it and be part of the overall design. Further, instead of traditionally putting a star on top of the Christmas tree, the two decided to create the star inside of the tree itself. “The concept started with the theme of the competition itself, Paskong Pinoy,” shares Rochell. “Ano ba talaga ang Paskong Pinoy? That’s where we came up with the Parol which is the most common and undeniably Filipino about our Christmas. From there, we wanted to make the Parol as something that can be experienced rather than just a decoration. We wanted it to be a space so people can go inside and enjoy the Christmas tree with their families, take pictures and make memories. Aside from that, it also allows people to allow their Christmas wishes to be hanged on the tree, so [they] are also part of the design.” 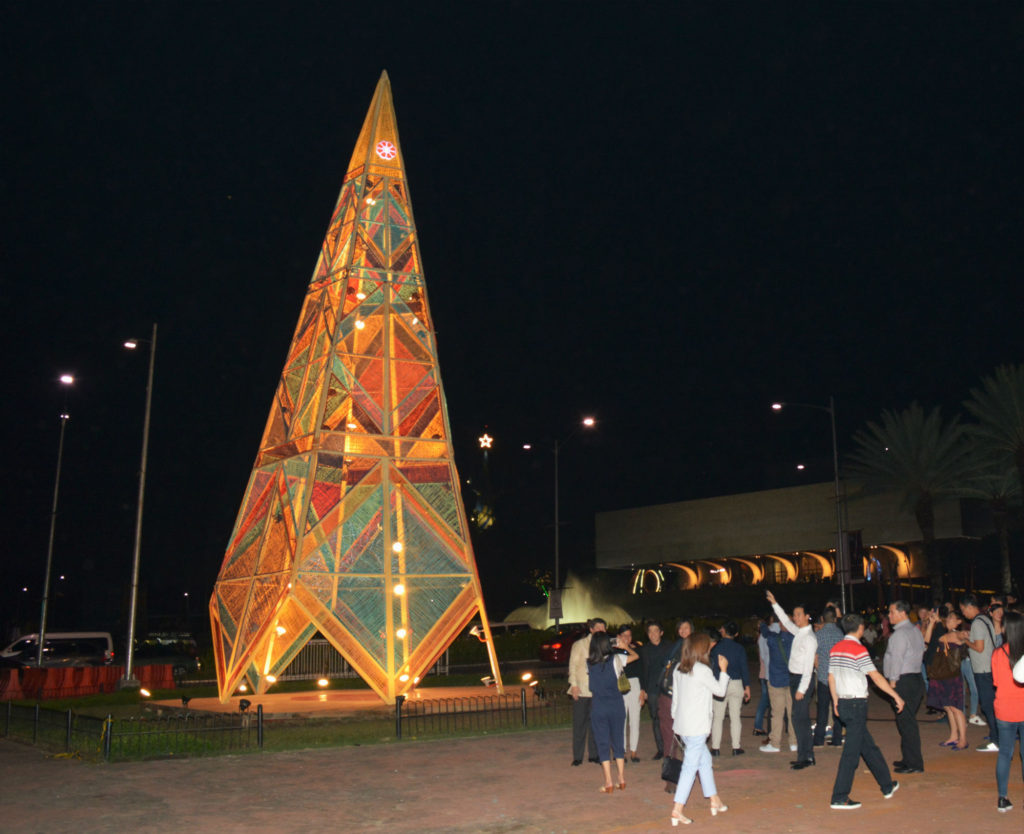 Guests get a closer look at the Habi ng Pagkakaisa at the CCP Liwasang ASEAN Park. 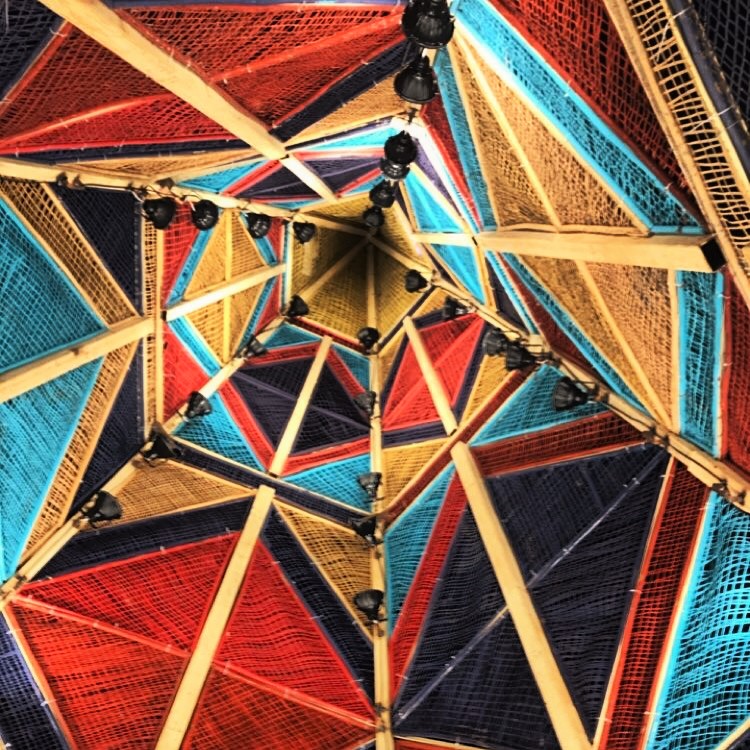 The Star inside Habi ng Pagkakaisa.

In 2015, we partnered with the CCP to help illuminate its grounds during the holiday season. After three years, our joint collaboration has continued to grow beyond our initial objective and flourished into an initiative that promotes Filipino craftsmanship and innovativeness through eco-friendly technologies – concepts that have been truly been embodied by the “Habi ng Pagkakaisa.” As such, the Christmas tree was made with a combination of metal and woven rattan, and of course, OMNI LED weatherproof flood lights, giving the Christmas tree an effective outdoor illumination while having low energy consumption. 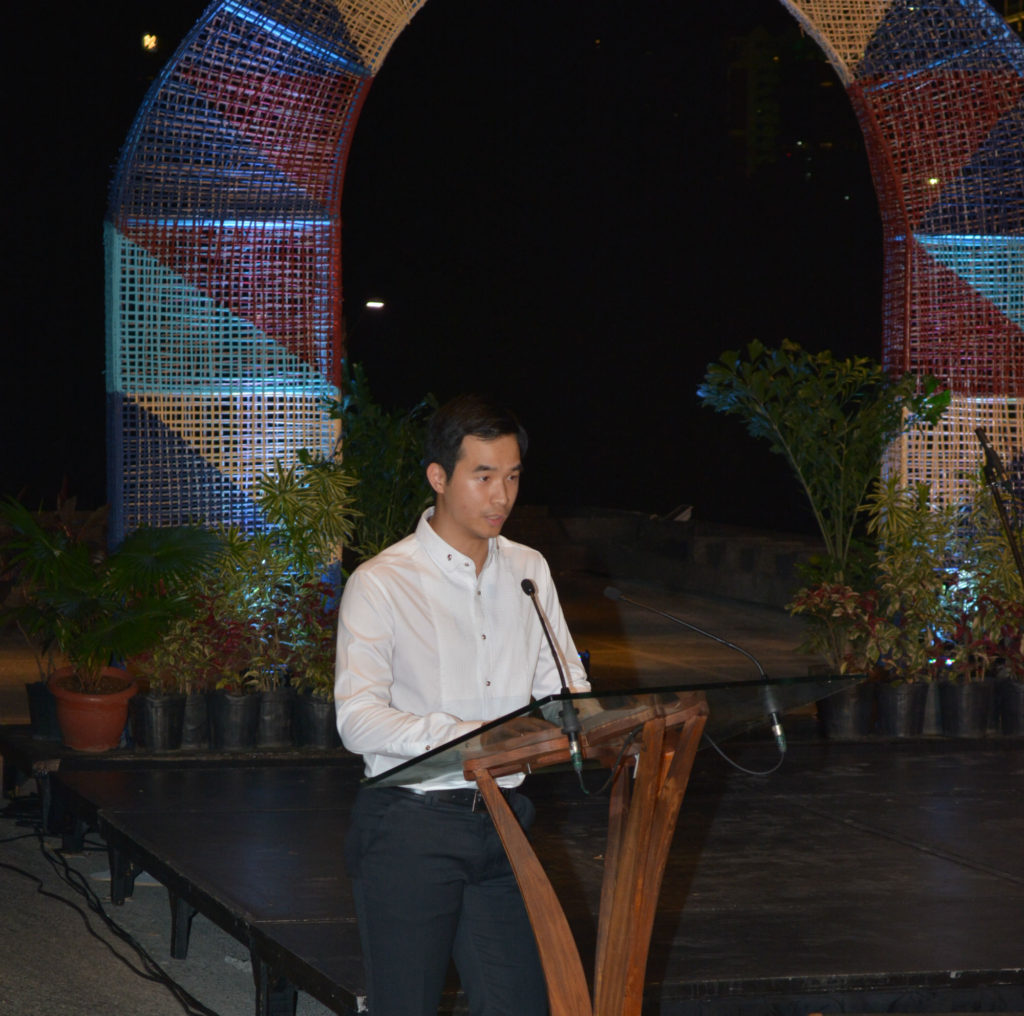 Mr. Henry Yang gives his speech at the CCP Main Theater Ramp before the lighting ceremony. 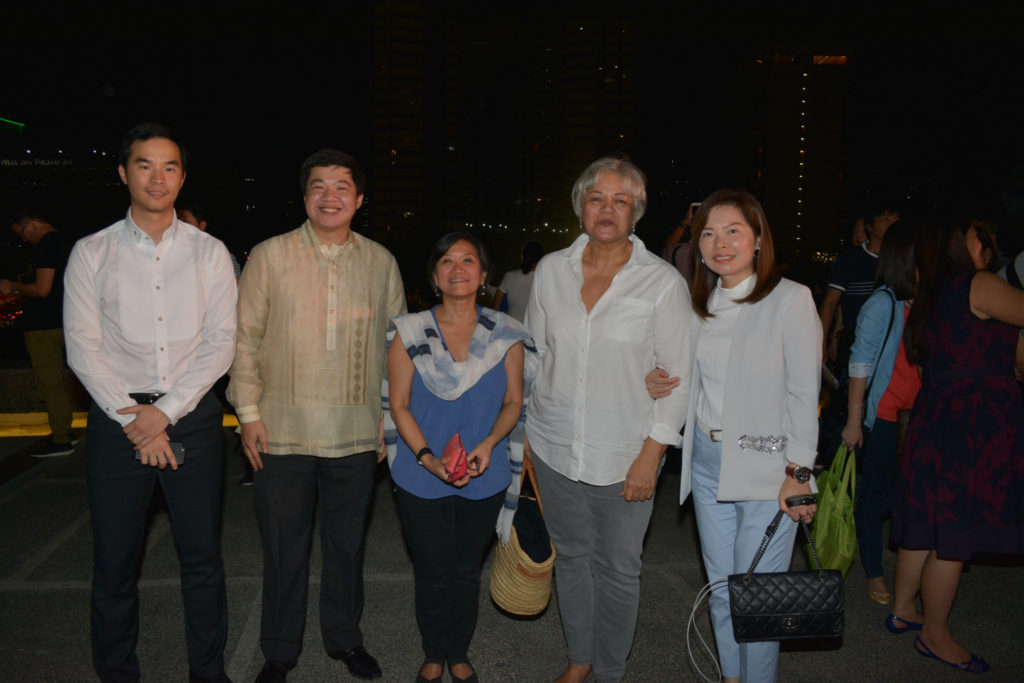 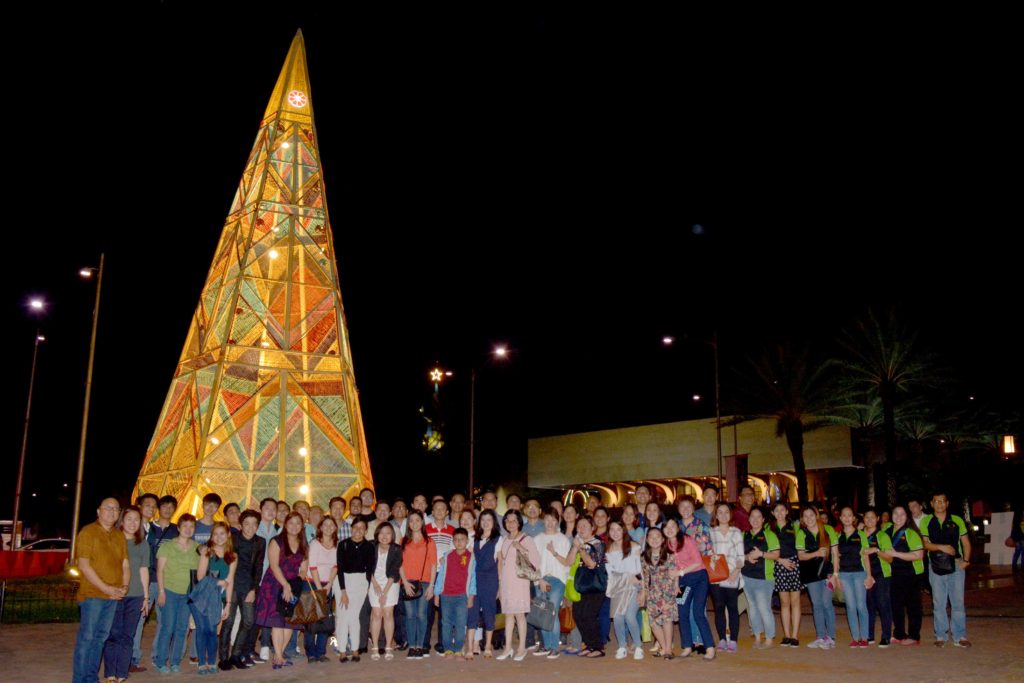 The ceremony which was hosted by Ms. Champagne Morales included performances from the Komedya ng Don Galo and Amazing Show Manila. 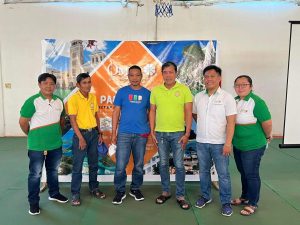 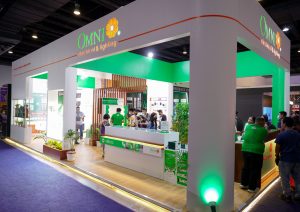 OMNI Steals the Spotlight at PHILCONSTRUCT

Last November 3 to 6, 2022, OMNI Electrical and Lighting participated in th 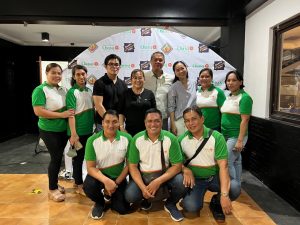